Reflections on the Features of the National Identity of Russia [Text] 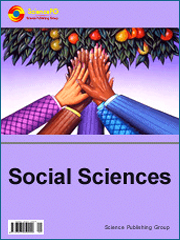 The article attempts to analyze some, in the opinion of the author, peculiarities of Russia's national identity, which can shed additional light on the current state and prospects of the Russian national idea and Russian statehood. In the most brief form touching upon its historical roots, the main attention is focused on those endogenous factors that determined the ambivalent nature of Russia's national identity. It, as shown in the article, is manifested in the organic combination of the most contradictory components of a very complex, multi-layered, heterogeneous sociocultural and political-cultural matrix of Russia. In this regard, it is emphasized that each of its basic elements has its own antithesis. The validity of this thesis provides a number of examples, among which, for example, antitheses: statism-anarchism, conservatism-radicalism, chauvinism-internationalism, discontinuity-continuity, unity-fragmentation, etc. Considerable attention is paid to such a component of Russian identity as fragmentation, which is determined by the whole complex naturally-geographical, ethno-national, socio-cultural and other factors. In many ways, these and other factors related to them explain one of the key features of the Russian Federation, the essence of which lies in its asymmetry, which is expressed in the complex state structure, which more or less significantly differs from most modern federations. It is shown that one of the key endogenous factors arising from these realities is the situation in which the formation of all-Russian national identity is carried out at three different levels: ethnic, intermediate and all-Russian. It is concluded that the Russian national identity and, accordingly, the civil-political national state are still in the process of formation.