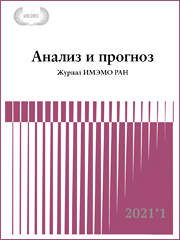 The article focuses on the French and German joint efforts towards strengthening the EU’s ability to address the security challenges and act in the European frontier regions. The authors look closely at the two instruments aimed at developing the EU defense capacity: civil missions and military operations, and the European Intervention Initiative (EI2). In the first part of the article, they argue that after 1992 there was a strong possibility for the UK becoming France’s major partner in the military field, rather than Germany. Nevertheless, eventually, Germany shifted to the position of the key French ally in this area, helping to build the basis for the EU autonomous military potential. The EU has undertaken a number of civil missions and military operations; however, their scale and main parameters are far from the characteristics of such interventions of the UN, NATO, or national military operations.The authors indicate that it is difficult to talk about any “special role” of the Franco-German tandem in this field. Both states can be described as “major donors” for the EU missions and operations rather than champions in the EU security. In several cases there is a lack of synchronization of the countries’ objectives thus their military cooperation sometimes causes serious misunderstandings blocking the fragile coordination on the EU level. In the second part of their research the authors analyze the role of the Franco-German tandem in the European Intervention Initiative (EI2) establishment. The article examines three reasons behind the France’s decision to launch the EI2 initiative in 2018 despite some German objections. The EI2 emerged as a flexible frame for nine countries seeking to carry out offensive operations and interventions outside of the EU and to develop a joint strategic culture. The unique character of the EI2 is evident due to its possibility to engage member countries of the EU, CSFP/PESCO and NATO. The new organization aims to coordinate the work of strategic groups on the broad range of issues. The authors conclude that despite some differences, the Franco-German tandem stimulates a range of projects aspiring to expand its European leadership and to enforce the EU strategic autonomy. Meanwhile, the military leadership of the tandem in the future is not guaranteed, and as the PESCO example shows, there are reasons to start talking about the “quadriga” of players (France, Germany, Italy and Spain), possibly in cooperation with the UK.

Timofeev Pavel, Khorolskaya Maria
Approaches of the Franco-German tandem to interaction with Turkey in the hotbeds of instability in the Mediterranean

Timofeev Pavel, Khorolskaya Maria
Comparative Analysis of the Germany and France Approaches to Relations with Russia 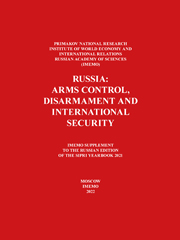 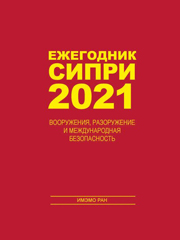