On the Globalization and Fragmentation of the Modern World [Text] 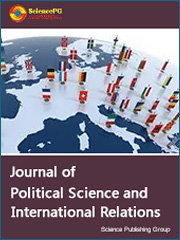 In the article an attempt is made to reveal and analyze some key, in the author's opinion, factors underlying the controversial nature of globalization. Having considered some of the most significant consequences of globalization from the point of view of the unity of the modern world, the main attention is focused on the main factors, nature, systemic and structural components of those tendencies and processes that resulted in the opposite tendency to undermine this unity. The author sees the paradox of globalization in the fact that, due to a complex of factors determining the geopolitical picture of the modern world, it has created the conditions for localization, re-nationalization, fragmentation and deconstruction of the modern world. The trend of de-sovereignization of national states is replaced by the trend of their re-sovereignization. The most significant examples in support of this thesis are the processes of disintegration of multinational states and the formation of many new national states, the growing influence of nationalist and separatist movements, organizations, parties that oppose globalism, universalism and transnationalism. One of their manifestations became the phenomenon of building various fences and walls separating peoples, countries and states from each other. On the basis of these and a whole complex of related factors, trends and processes, it was concluded that in the modern world, a single humanity with a complex of values, ideals, and interests common to all nations and states can be imagined, figuratively speaking, from a bird's flight. In reality, the unity of humankind is an abstract, metaphorical concept, which is intended to unite very heterogeneous, contradictory, conflicting, cultural and civilizational circles, peoples, states, communities pursuing different, sometimes opposite goals and interests as a whole. Of course, they have a complex of common fundamental interests, from the protection of which depends the very physical existence of the mankind. The combination of these two seemingly opposing principles forms the basis of the formula “fragmentation in unity, or unity in fragmentation”.