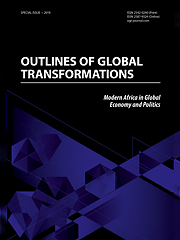 Trofimova Olga
Investment of venture capital in Russia as an important element of transitioning to an innovative economy under sanctions [Text] / O.E. Trofimova // Studies on Russian Economic Development. – 2017. – Vol. 28. – No 4. – P. 398-405.