The US believes less and less in its forces, so it fears the supposed foreign influence. One of his main fears is the soft power of China, so he is settling accounts with her, according to the experts interviewed by Sputnik.

At the same time, Alexander Lomanov believes that restrictions on Chinese media in the US are “more alarming than simple hypocrisy or double standards” in the area of ​​media freedom.

“It is a manifestation of the growing rivalry between China and the US. In the United States they are actively seeking Chinese spies in universities, research institutes, everywhere. They are looking for those who cooperate with China, looking for people through which some technology, information can flow to China. They are looking for influence agents. And that is because the US has every time less faith in his power“says Lomanov. 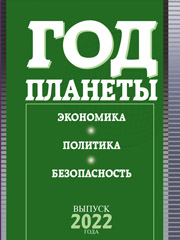