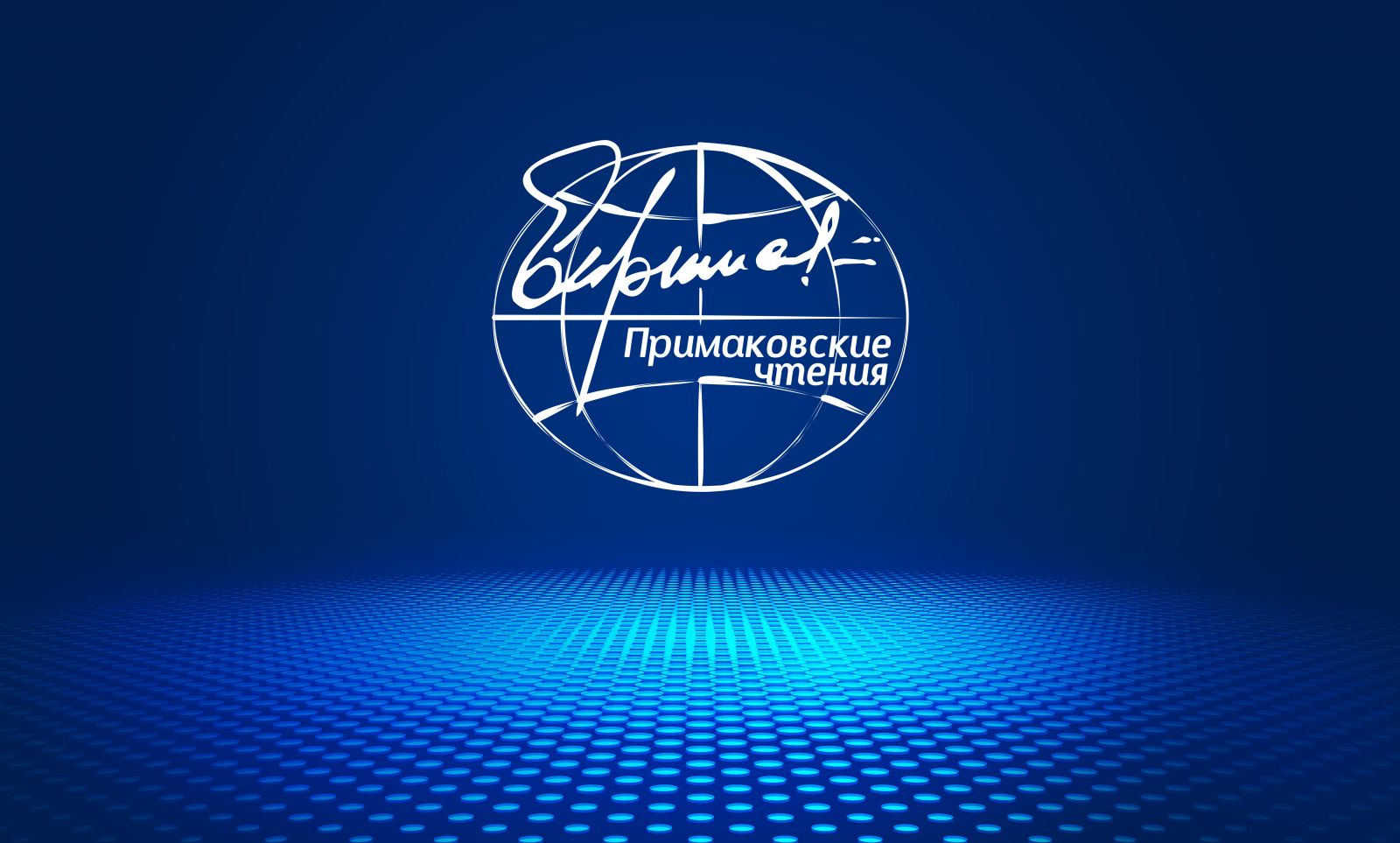 The 8th International Scientific and Expert Forum "Primakov Readings" was held on December 6-7, 2022 in Moscow at the World Trade Center. The event was dedicated to the memory of the scientist and statesman Academician Yevgeny Maksimovich Primakov. The main theme of the Forum is "World Order in Transit: Eurasian Dimension”.

Program of the Forum

The Forum was attended by Yuri Ushakov, Aide to the President of the Russian Federation, Sergey Lavrov, Minister of Foreign Affairs of the Russian Federation, Sergey Lebedev, Chairman of the CIS Executive Committee – CIS Executive Secretary, and leading Russian and foreign experts in the field of international security, world politics and economics, representatives of public organizations, politicians and diplomats.

Discussions focused on political and economic processes in Eurasia, including cooperation with the countries of Central Asia, India, China and Turkey. Participants also discussed the risks of nuclear conflict and the balance of power in the Middle East. 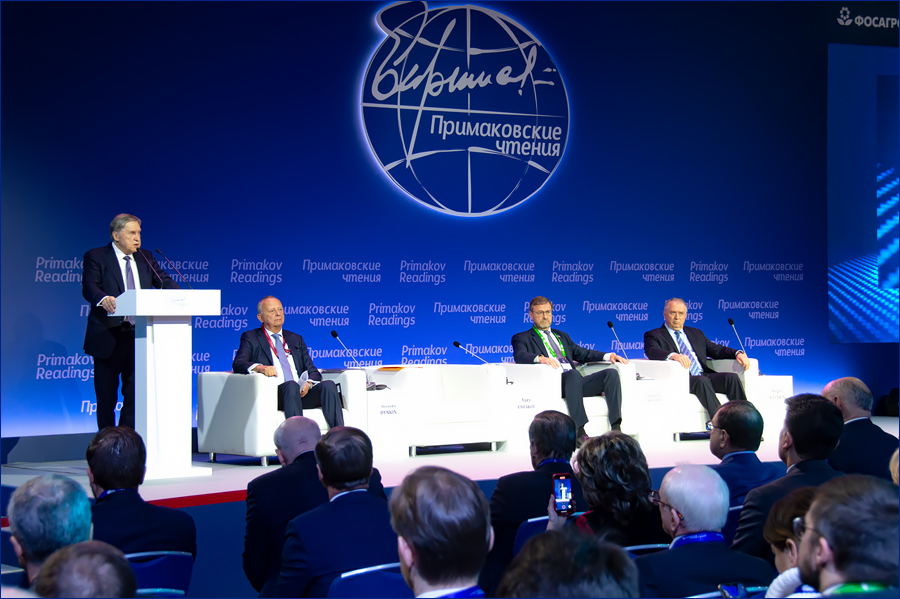 Opening Remarks by the Head of Organizing Committee, Aide to the President of the Russian Federation Yuri Ushakov

Cooperation in Eurasia amid the Crisis of Globalization 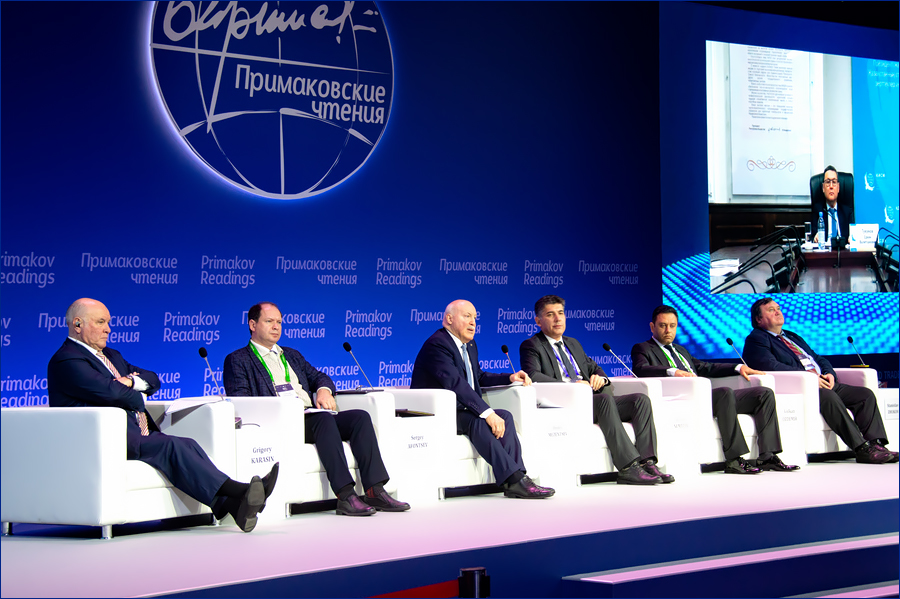 Geopolitical tensions and the rapid degradation, under the influence of the sanctions policies of some developed countries, of the economic interaction mechanisms that have developed over the past decades have resulted in almost unprecedented shocks to global markets and to international trade and economic cooperation. The scale of these shocks has yet to be assessed and options for countering them have yet to be developed. One thing is clear - globalization, as it has been understood in recent decades, is entering a period of crisis. The usual model of globalization, with the central role of Western countries, is ceasing to work and regional cooperation is gaining weight. 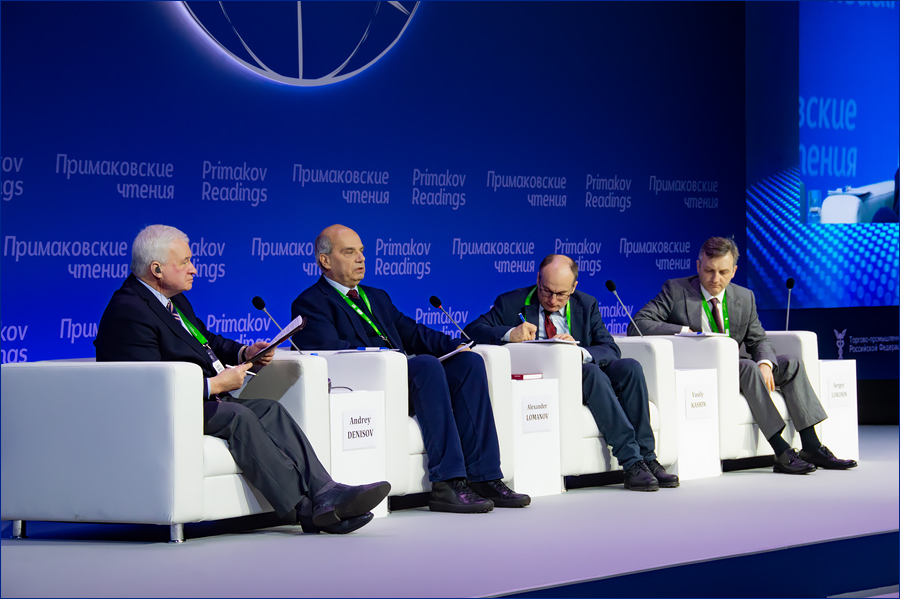 In October 2022, China hosted the 20th CPC Congress. Did new major details emerge in China's foreign and defense policy in general, as well as in the Eurasian and Indo-European spaces in particular? What new insights did the Congress provide for understanding Sino-American relations: are there any chances for normalization, what are the risks and the depth of likely aggravations? What impact will the decisions of the Congress have on Sino-Russian relations: prospects and opportunities, problems and risks? What are the likely changes in China's Belt and Road Initiative against the backdrop of the Congress and China's economic slowdown, the relationship between the Silk Road Eurasian Economic Belt and the 21st century Indo-Pacific Maritime Silk Road?

Russia and India: Opportunities for Cooperation 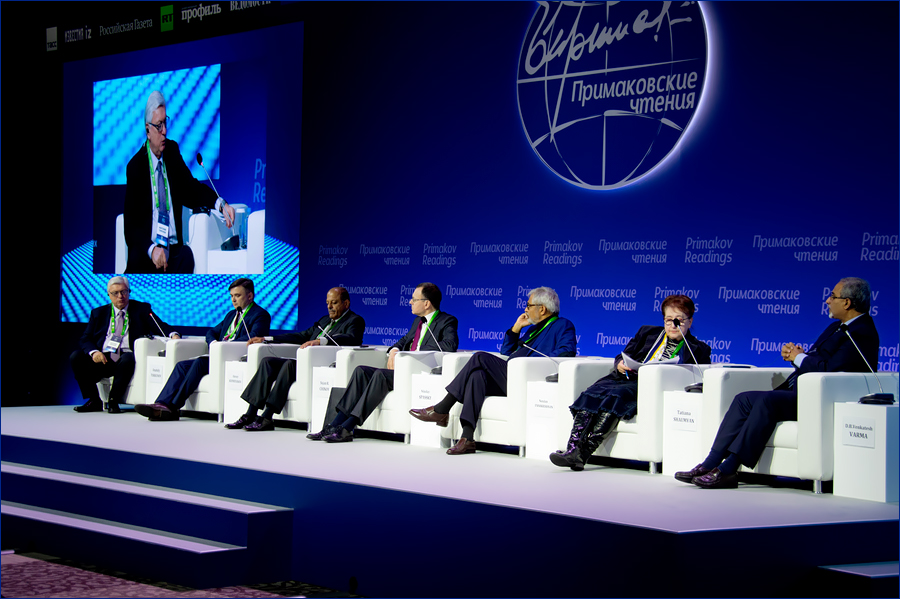 Russia and India are natural strategic partners in an emerging polycentric world. The interests of Moscow and New Delhi are not in conflict anywhere and our countries are interested in developing mutual political, economic and humanitarian ties that would strengthen both Russian and Indian positions. Now our friendship is being tested by the global crisis and it is important to understand what we can offer and how we can help each other.

Nuclear Factor in Crisis Management: How to Reduce Risks

The rise of international confrontation has reached its limits as fears of nuclear war have returned to the headlines - the first in more than 30 years. The breakdown of the old arms control architecture and rapid advances in military technology are raising new questions about nuclear risks and the future of strategic stability. What is the future of nuclear deterrence? What measures can be proposed to prevent nuclear escalation in the face of an acute politico-military crisis? What should be the future of nuclear arms control? 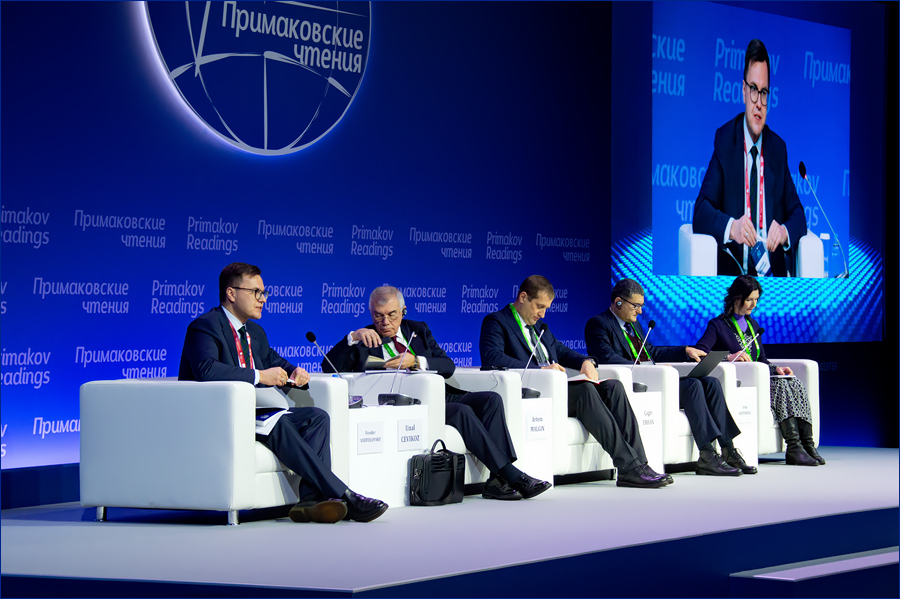 The intensification of the foreign policy of the Republic of Turkiye has become a notable phenomenon in contemporary international relations. With the transformation of the world order, Ankara is building complex regional balances and pursuing a multi-vector course, striving to improve its global status. The preservation of ties with traditional allies is combined with the development of new directions. Against the backdrop of strained relations between Russia and the collective West, Turkiye is the only NATO country that has not joined the anti-Russian sanctions and continues to deepen its multifaceted engagement with Moscow. 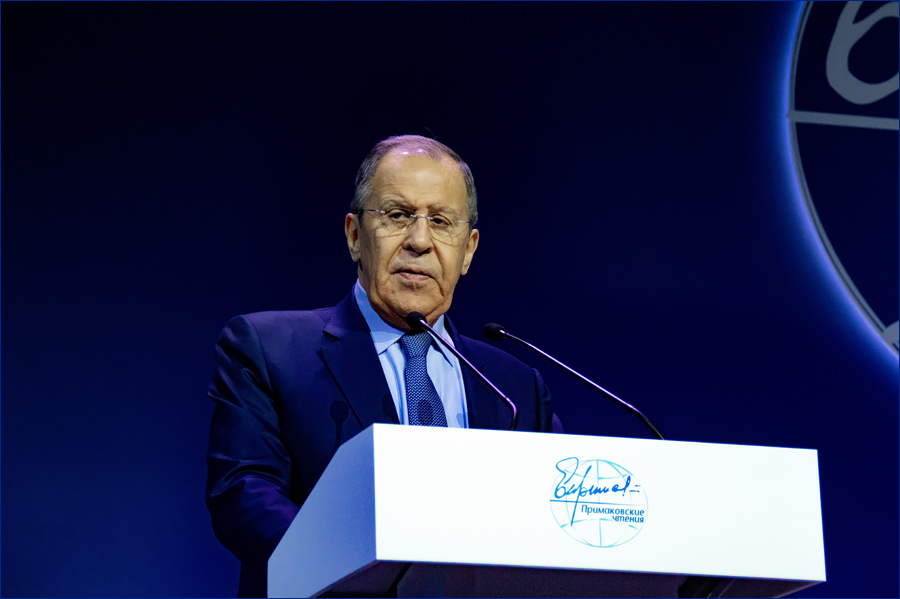 Security in Eurasia: Problems and Prospects 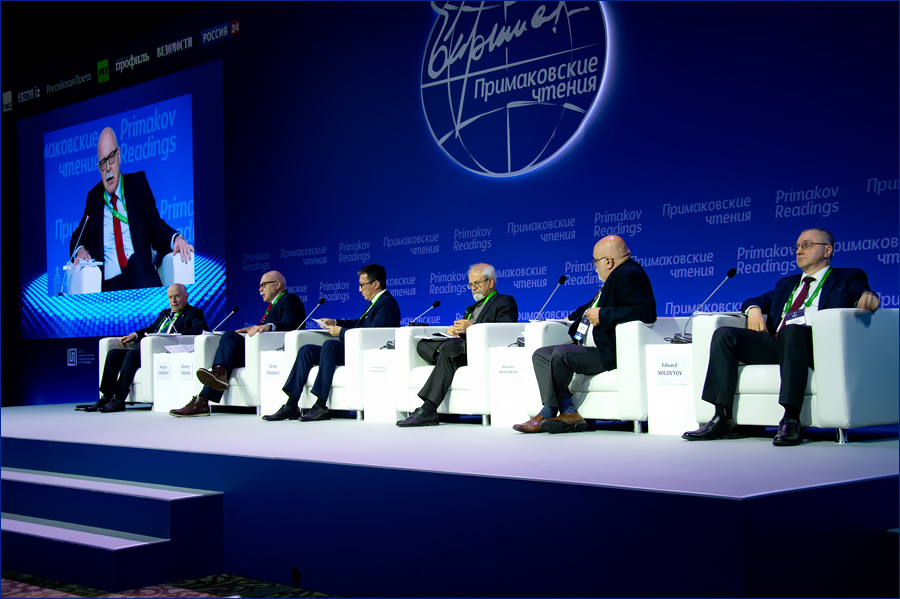 The year 2022 may be a watershed in the development of the contemporary system of international relations. We are witnessing a rapid change in the global policy agenda. The system of interdependence of key global actors that has developed over the past decades is being eroded, as is the dominance of a particular group of countries in world politics. Consequently, the world is once again becoming more 'anarchic' (in the Hobbesian sense) and less predictable. There is more and more room for uncertainty and risks that accompany the inexorable march of history. The question is how the crises unfolding in global politics are changing the dynamics of development in Eurasia and affecting the security of individual countries and the region as a whole.

The Changing Balance of Power in the Middle East 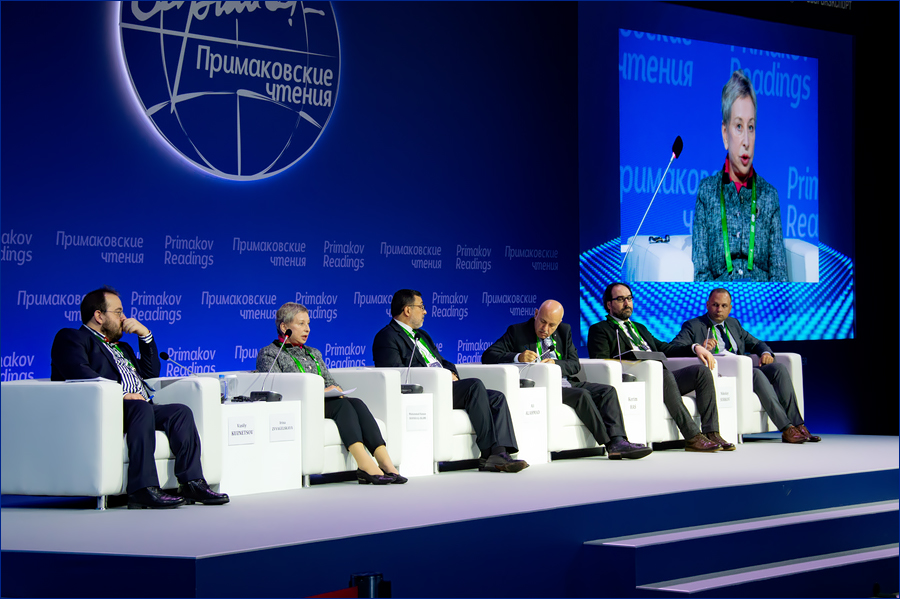 Against the backdrop of a multipolar world and growing international tensions, the states of the Middle East are seeking to diversify their ties and expand dialogue and interaction with the leading players – Russia, China, and the states of South and Central Asia. In addition to bilateral relations, the presence of various Eurasian platforms, most notably the SCO, serves this purpose. There is an emerging demand for a more active role for Eurasian countries in securing the interests of Middle Eastern states. There are prospects for greater logistical/transport interconnectedness between the regions.