On February 2, 2006, IMEMO and CSIS (Center for Strategic and International Studies, USA) held an international workshop on the results of the situational analysis (Black Dawn) carried out previously in the European Parliament within the framework of the «Strangthening Global Partnership» International Project. The exercise in the European Parliament included, among other things, a simulation of the terrorist nuclear attack on the NATO Headquarters in Brussels and was followed by the discussion of actions to be taken in response to the attack and prevention options.

Among the participants in the workshop were representatives of the Federal Governmebt bodies of Russia, the academic community, foreign scientists and diplomats.

The workshop took place in the “Vladimir” conference hall, the “Golden Ring” Hotel.

Was held the international scientific conference IV Liventsev Readings "A New Paradigm of the Development of International Economic Relations: Challenges and Prospects for Russia", organized by MGIMO of the Ministry of Foreign Affairs of Russia, in which several employees of Primakov National Research Institute of World Economy and International Relations, RAS took part.

The article by military observer Iliya Kramnik was published on the website of the RIAC.  It was dedicated to the presentation of the Russian issue of the SIPRI Yearbook and of its Special Annex, which is being prepared by the IMEMO. 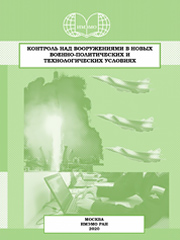