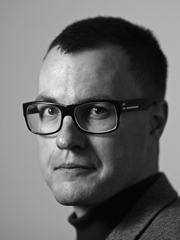 Ńontact Information
seadog@imemo.ru | +7(499) 120-9547
About the person detailed
Author's publications
Author's profile in ORCID
Included in the:

In 2004 graduated Ph.D. in political science and international relations at IMEMO. In 2001 graduated MA at Department of History, Lomonosov Moscow State University;

US foreign and security policy; US policy in Pacific Asia and Europe; Russian-American relations; global governance and transformations of the international order; the role of ideas in world politics

Prof. Voitolovsky has published 1 personal monograph and edited, participated as an author and co-editor in more than 15 collective monographs.

He is an author of more than 60 articles in scientific journals and chapters in books.

In 2011 he has become editorial board member and author of IMEMO’s “Strategic Global Forecast – 2030” (Published in full and short versions in Russian, English, Chinese, Korean in 2012–2013).

Since 2014 he is an editorial board member and author of  IMEMO’s “The World of 2035. Global Outlook”

First Prize Medal of Russian Academy of Sciences for the next generation of researchers for personal monograph “Unity and Division of the West” (2009) – 453 P.