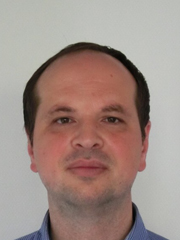 Serghei V. Golunov is a lead researcher at the Group on Peace and Conflict Studies, Department of International Political Problem and a research editor of the IMEMO journal «Pathways to Peace and Security».

Serghei Golunov is the author of more than 200 research publications. His monographs include “EU-Russian Border Security: Challenges, (Mis)Perceptions, and Responses” (Routledge, 2012).

Dr Golunov also teaches at the School of Government and International Programs, MGIMO-University, Moscow. He is a member of Russian Science Foundation project “Post-Soviet unrecognized states: factors of viability and risks for Russia” hosted by Institute of Georgraphy, Russian Academy of Sciences.

1998 – Candidate of Sciences in History, Institute of Oriental Studies (Russian Academy of Sciences).