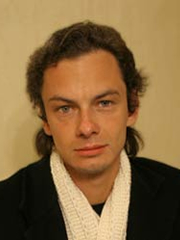 Teaching activities
Since 2013 – lecturer of MGIMO-University

Conferences – More than 10 reports in the international and nationwide conferences in Russia and abroad.