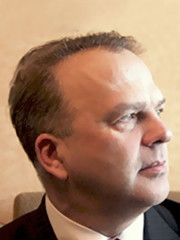 About the person detailed
Author's publications
Author's profile in ORCID

Dr. Voronov works in IMEMO since 1971. In 1973-1975 he served in the Army. Projects with his participation include: “Europe and the US: New conditions for cooperation”, “Baltic region as a pole of economic integration for the North-West Russia and the EU”, “EU’s enlargement to the East: Preconditions, Problems, Consequences”. He regularly lectures in universities.