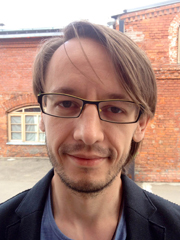 Employees of other organizations


Publications on the site

Graduated from the Irkutsk State University. Passed training courses in MGIMO (University) of the MFA of Russia, CTBTO Preparatory Commission, Belfer Center for Science and International Affairs at Harvard University.

In 2013-2015, PIR Center Consultant, Editor of the ìSecurity Indexî journal.

In 2013-2014, Research Fellow at Laboratory of military economy of Gaidar Institute.

In 2011-2013, Executive Director of the Center for strategic estimates and forecasts.

In 2009-2013, expert of the project "Security Index in Central Asia," Institute of political solutions (Kazakhstan).

In 2010-2012, Head of the Analytical Directorate, Expert at Foundation for advanced studies "Bastion".

Since 2016 ñ Fellow at the Centre for International and Defence Policy of Queen"s University (Canada). Editor of the White Paper of the PIR Center "Towards nuclear disarmament: NTP article VI and Implementation of the 2010 Review Conference Decisions". Executive Editor of the Conference Proceedings of III & IV Moscow Conference on International Security of the Ministry of Defense of Russian Federation, 2014, 2015.